Getting Started With R and R Studio

This is a very brief guide about how to get started with R and R Studio, including links to where each can be downloaded and several educational resources.

R is an open-source statistial programming languge that was originally written by Robert Gentleman & Ross Ihaka, and is now maintained by a number of contributors known as the R core team. There are several available publications explaining the technical details of R.

You can download R for Mac, Windows, or Linux operating systems at the following link.

R Studio is an interactive user interface that runs R code, and can be used to create shareable documents such as scripts, notebooks, and data visualizations.

You can download R Studio for Mac, Windows, or other operating systems at the following link.

R and R Studio are both free and open-source (although R-studio also offers commerical products). In addition to the open-source software, there are many excellent text books available for free online, including R for data science by Hadley Wickham.

Once you have downloaded both R and R Studio, you will be ready to srart writing code.

There are three basic types of documents you can create in R studio:

Scripts are useful when all or most of you want to write is code- in other words, these are documents meant to perform some set computational functions wihtout much in-line documentation.

R Markdowns and R Notebooks are more useful when you want to show code along with text and/or data visualizations (such as graphs and plots).

UCLA provides a useful tutorial on getting started with R + R Studio.

There is also a more advanced open-source class by Benjamin Soltoff on the use of R and R studio in the Social Sciences, currenlty being taught at University of Chicago.

Github and Stack Overflow are also filled with R and R Studio-related content. 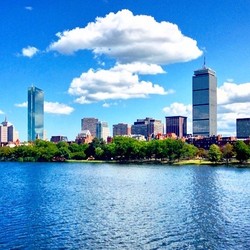